HOW I GOT MUCH BETTER AT ONLINE DATING

You can ascertain a great deal from an online profile. From the things said and not said. The pastimes listed and the driving force behind a person’s hunt for a partner (or just a quick no-strings hook-up). From the odd photo choices and the difficulty to actually see the person’s face. It’s something I’ve been unofficially researching for years and has turned into a form of expertise that I willingly share. Because for me, there has been a happy outcome and I had to learn the hard way how to screen out the weirdo’s and pervs and find my soulmate.

I was an early adopter of online dating in the Noughties, back when it was a really weird thing to do. I’ve always been quite techie and just thought I’d give it a go and see how it worked. There was definitely a stigma around it back then but it never bothered me – it doesn’t matter how you meet the person you fall in love with. I also tried speed dating and Guardian Soulmates.

I didn’t find the online option an amazing way to meet people at first. I’d never had problems meeting boyfriends anyway, so it didn’t bother me too much. But then I got to that point when I really wanted a partner so around the age of 37 I gave online another go, by which point it had become the norm.

But there were some real horror stories. There were the cock pics and the really inappropriate introductions (‘Nice tits!’). Profile pics in which the guy was in dark glasses or in a group of 20 people so you could hardly work out which one he was – all the really odd stuff. Dates were often unsuccessful. I got stood up a lot. Or they’d love to chat but not want to meet. Or I’d chat to a guy for a while and then he’d go quiet on me. Or I’d Google stalk a guy I’d connected with and find out he’s married. This happened more than once.

“Men struggle just as much as women when online dating, think they’re the only ones who aren’t successful and blame themselves.”

One time this guy had been really keen to meet. We arranged a date and I sat there thinking “Is he coming, is he not?”… and he just didn’t turn up. It left me feeling unconfident about dating and about myself. I asked myself “What am I doing wrong all the time?”. I left him a message saying “How can you treat someone like that?” but he never replied. His problem really, but it hurt nonetheless. So many of my encounters (or non-encounters) were a disaster. I used to share my adventures on Facebook because they were so hilarious. But I also think I was scarred for quite a while.

On one date, we met at Southbank. He was Italian. We each bought our own drinks which was a bit weird and once we sat down he spent the whole time making something with the receipt, not looking at me. I was getting little response to my attempts at conversation. After twenty minutes he handed me the paper crane he’d made and said “I must go now, I’m meeting someone else’ and walked off. It was unbelievable! I’d made the effort to look nice and gone all that way and 20 minutes and a paper crane later it was all over.

Of course this kind of behaviour can happen with any kind of dating, but with online it feels like a more intense version and people don’t feel they have to follow the norms. I was chatting to this guy online and he said “Are you doing anything tonight?” and I wasn’t so we arranged to meet up… I suggested Soho and he said “Oh I can’t meet you there” and I suggested somewhere else, but he would only meet somewhere within ten minutes of his house, so I gave up. With another guy I was getting on really well with, when I told him I’m vegetarian he said ‘No, I’m sorry, I can’t date you, I couldn’t enjoy restaurants with you’. Madness.

Discouraged, I gave up on the online dating for a while, but started shooting portraits for online dating profiles, making it part of my range of services as a professional photographer. I’d look at profiles and think “This man’s pictures are so bad. Why on earth use a pic of yourself in the bath as your profile pic? Why have a pic of you where your face is almost obscured?” Shooting better images would give them the chance of meeting more women and finding love.

And it was a breakthrough for me. In this way I met lots of men because there’s a massive need for the service! It gave me such an insight. I realised the men struggle just as much as the women when online dating, and they think they’re the only ones who aren’t successful and blame themselves. I realised that, far from being weird like so many of the men I’d met through online dating, lots of these men were perfectly normal – and they found the women weird. Everyone is floundering. Online dating is different from other dating as you do it on your own, by yourself, so the experience is very intense and it’s easy to project any insecurities you have.

I also helped people write their dating profiles to make them more representative of who they were, but also more open. I’d get them to write about what they liked to do in a way that a potential love interest could see themselves fitting in with, rather than feeling there was no way they’d find compatibility.

Three years ago I met Chris on Tinder. After all the experiences I’d had helping people improve their online profiles I’d improved mine, with a new photo and a more inclusive blurb. By this point I’d stopped taking it so seriously and didn’t get so het up about dates. But I also got clear about asking for what I wanted. I stated I wanted a relationship and children and wasn’t afraid to be honest about that.

I’d recently had treatment for cancer when I met Chris and I realised I’d never really been vulnerable with anyone. I was always thinking ‘I don’t need anybody’ so any time a man was a bit hard work I’d think ‘I don’t need this’ and not stick around. I wasn’t prepared to let anybody in. But being ill and needing everybody’s help meant I learnt to be vulnerable, so when I met Chris I was open to letting him in. Sometimes you have a blockage when dating and don’t even realise it’s there.

“It’s important that you’re not bringing anything to the table that’s attracting negative behaviour.”

So everything aligned when we met for that first drink and that was that. Three months later he moved in and now we’re married. On paper it doesn’t work – he loves sport, I don’t. Smoking was a deal breaker for me and he smoked. But our core principles are the same. We both believe in kindness and are both really loyal. We like to see and do new things. So it really works.

Over the years before meeting Chris I’d dipped in and out of online dating and I can honestly say that it’s the most successful way of meeting a partner. As you get older, it’s the only place you can meet single people that are actually looking for a relationship. So while sometimes it was disheartening, more often than not it was really amusing and along the way I met some great people and enjoyed some lovely dates. Nowadays there’s nothing I love more than helping my clients find a keeper. Here’s what I’ve learnt about online dating:

Think of it like applying for a job.
You don’t just apply for any old job but a specific one, and you do your research first and con-sider a few and have a meeting to find out more. Just ignore the guys that aren’t right for you and be very focussed on what you do want and what you’re attracting.

Clear your negativity
It’s important that you’re not bringing anything to the table that’s attracting negative behaviour. There was a time when if guys were idiots online I felt it was my job to educate them that it wasn’t appropriate to say something pervy online. Having a go at them won’t change their views… you just have to move on.

State your wants
Be really clear about what you’re looking for in terms of values – eg, kindness, wanting to live ad-venturously, enjoying the same things. Indicate how you’d want someone to fit into your life and how you’d fit into theirs.

Move it on
Instead of chatting online for ages, if you feel you’re gelling meet up relatively quickly and find out how they are in proper conversation. And try not to take it personally when someone doesn’t want to meet you or it doesn’t work out.

Don’t be all or nothing
Meet dates for a quick coffee, somewhere you can easily move on from. So if you’re stood up or you don’t gel, it’s not such big deal and you can go do something else, rather than being in a bar on your own with your whole evening wasted. 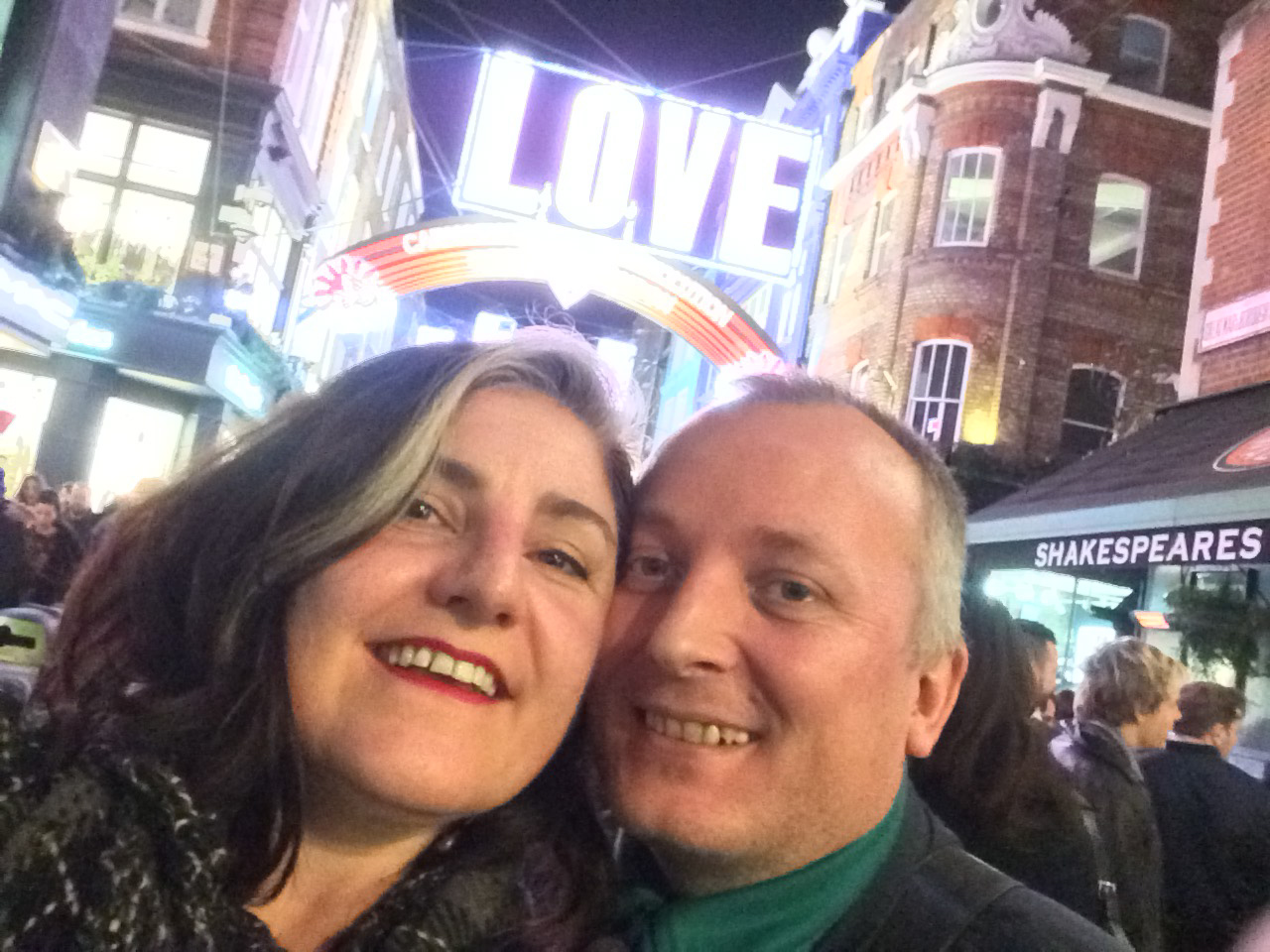 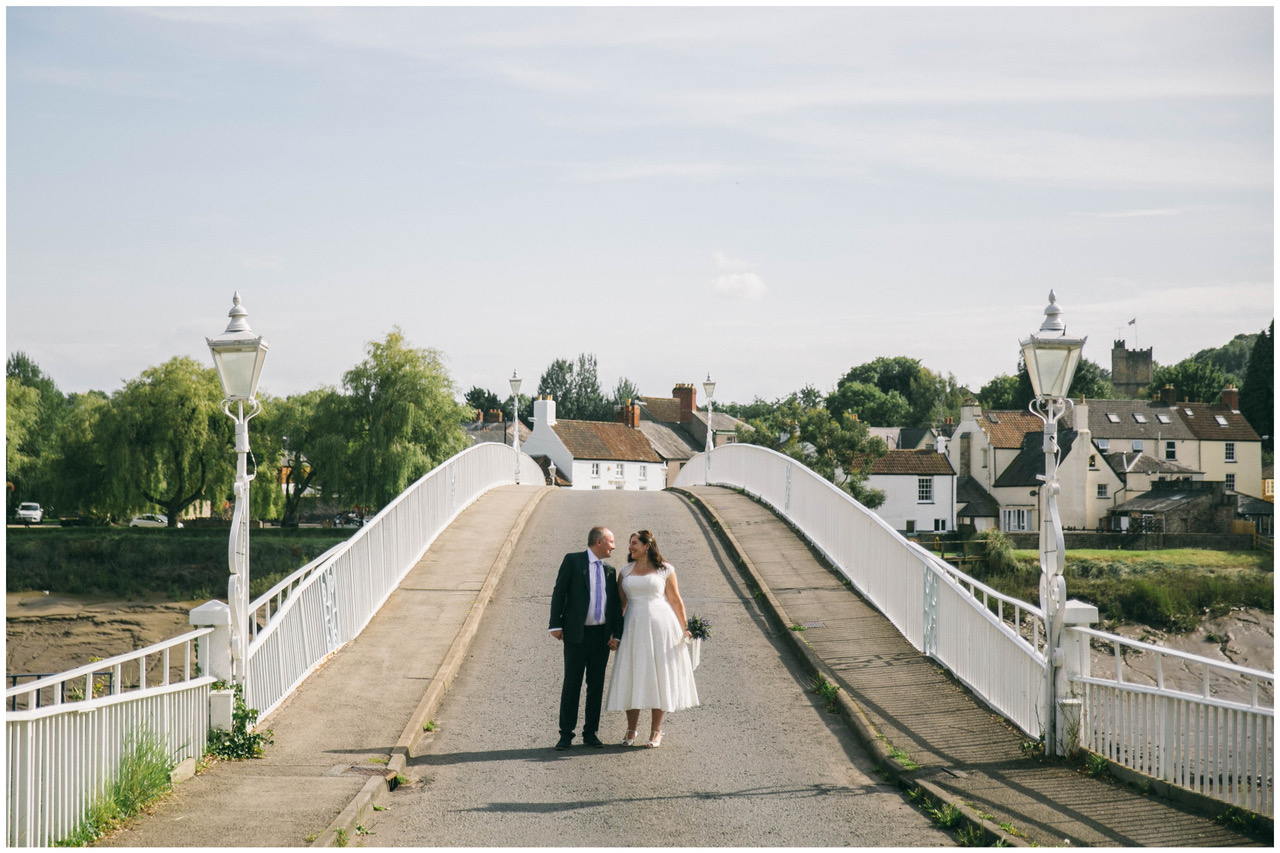 THE SECRET ART CLUB IS EVERYTHING I LOVE
MENOPAUSE: TELL US THE GOOD NEWS
DISCOVERING THE BRAVE NEW ME
Self-discovery Test: What Needs to Change?