HOW TO POWER UP AND GET ASSERTIVE

Acting assertively is achieving the Goldilocks ‘just right’ balance between being too weak and too strong.

Channel your emotions
Assertiveness is about being comfortable with the whole gamut of emotions: anger, jealousy and rage, as well as the positive ones like joy. Allowing ourselves to feel these rather than suppressing or being scared of them means we can learn to con-trol them in the moment and tailor our behaviour to the situation. So rather than letting challenging emotions run away with us – for example swearing at a rude colleague and in doing so bringing yourself down to their level – use the labelling technique where you express the emotion you’re feeling. Eg, ‘This conversation isn’t going as I’d imagined, can we unpick a little how we got here?”

Take the lead
Assertiveness is an act of leadership, so give yourself permission to go for it, rather than waiting for someone else to step in or give you the green light. Research shows we tend to say ‘yes’ or follow the person who states their position first, so take the initiative and state your opinions first and then invite others to do the same.

Don’t over-think it
As many of us tend to be perfectionists, we often feel like we need to know every-thing about a subject before we can say anything. We end up rendering ourselves dumb as a result and this lets us down. Assertiveness is being OK with what you know and what you don’t, and not allowing the latter to stop you stating the for-mer. In these cases, trust your knowledge and intuition and speak.

Be crystal clear
Speaking up when things aren’t right is never easy. But holding back just leaves you feeling bad about yourself. From bullying to sexist behaviour to poor service, if we feel we’re not being treated right, we need to be prepared to say so. No finger pointing or ranting – just a clear statement of the facts and their impact. If you’re clear on your wants and needs, proactively stating what you want to take place and your desired outcome should be straightforward. So don’t listen to that voice in your head telling you to keep your thoughts to yourself, otherwise your brain will hone in on all the reasons why you shouldn’t speak and prevent you from taking action.

Use your body
The way we take up space with our bodies says so much about our self-belief and our place in the world. With open body language, you can convey subliminal mes-sages of confidence and ease; with closed body language you can shut people off, appearing at one extreme timid and at the other arrogant. To convey a strong posi-tion occupy your rightful space. A great tip, where possible, is to stand up as this immediately builds psychological strength. Having a symmetrical posture will con-vey power and solidit. So plant your feet on the floor and ground yourself, stand up to your full height and lengthen your spine. If you’re going to a meeting think about where to position yourself in the room for maximum impact. If you have a choice, arrive early and sit at the head of the table, granting yourself a superior po-sition and strong vantage point. Alternatively choose a seat facing the door so you are the first to greet everyone as they walk in. When seating position yourself squarely in the chair, avoid folding your arms, maintain steady eye conduct and keep your head straight. Avoid folding your arms, as this can imply defensiveness or look confrontational. Palms down on the table conveys decisiveness and control.

Use your voice
This is not about shouting, which the most impactful communicators avoid. Just taking a breath and filling your lungs with air before you speak will give you the ‘fuel’ to put your point across and the capacity to increase your volume. To keep the attention on you make sure you maintain volume to the end of your sentences, rather than fading off. If your voice has a tendency to get shrill when you’re nerv-ous, practise speaking in a steady, melodic and resonant voice so you convey confi-dence. If you have an important point to make, make sure your voice goes down at the end of the sentence. A lowered voice says “I’m not asking you, I am telling you,” whereas a voice that toes up at the end turns every statement into a question. Speak slowly and you’ll sound confident in your message. Speak fast and you’ll ei-ther appear nervous or sound like you don’t value what you’re saying.

Choose your words
Take care not to detract from your message with fillers such as ‘sort of,’ ‘you know what I mean’ or ‘I guess’; disqualifiers like ‘I’m not sure if this is right but…’ or ‘does that make sense?’ or verbal ticks like ‘ummm’, ‘urr’, ‘so’ or ‘like’. These often creep in when you’re nervous, unclear or searching for the next thing to say, but can easily become a habit. They convey a lack of confidence and can be hugely dis-tracting. Assertiveness is about what you choose to say – and not say. If you have a tendency to precede every point with a negative preamble, like ‘I’m not sure if this is a good idea, but…’, do everything to kill this habit. Keep your points succinct and avoid over-explaining – less is more. Avoid lots of justifications and ifs, buts and shoulds as these can minimise the effectiveness of your arguments. Prepare your thoughts in advance and decide to replace your verbal ticks with silence.

Words: Antoinette Dale Henderson, leadership and gravitas expert, from Power Up: The Smart Woman’s Guide To Unleashing Her Potential, published by Known. For info on Antoinette’s coaching programmes click here. 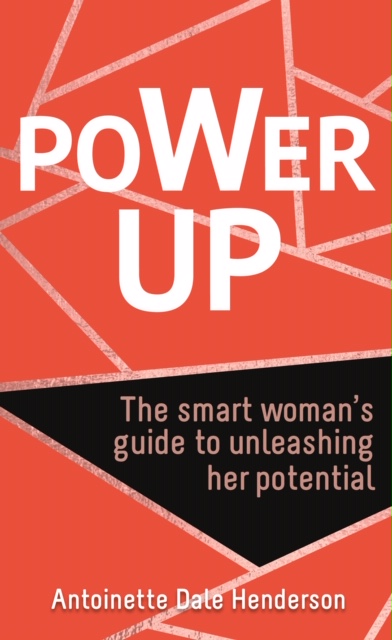 HOW TO MOTIVATE YOURSELF AND POWER THROUGH
SURROUND YOURSELF WITH CHEERLEADERS
HOW TO LAUNCH YOUR DREAM PLAN
Self-discovery Test: What Needs to Change?